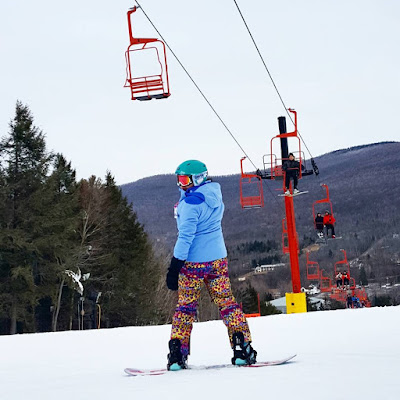 Hello all!  I made it a point to try new things when the new year started.  Call it a New Year's Resolution, I guess.  My friend wanted to go snowboarding for her birthday this year, and I knew it was the only way I'd be able to go.  Over the past four years, I've been wanting to try snowboarding but my ex told me it was too expensive to go (lift tickets, rentals, hotel, etc), but I told myself I was going to do this.  I was lucky enough to get a snowboard for Christmas from one of my close friends and I made sure to put it to good use.  After slowly collecting all the gear I needed for the cold, I was ready for the snow.  Personally, I really didn't know what I was getting myself into... but I'm sure glad I got into it.  Snowboarding for me feels as freeing as flying down the street on a skateboard back when I was 17.


The first time I strapped myself into my snowboard was a little strange.  I didn't really know how to shuffle around with one food locked into the binding and the other being free, but I learned.  I took many spills down the slope and almost suffered a few concussions (thank God for a helmet!).  I found it difficult to stop and slow down, but that eventually came with practice.  After taking a few lessons and practicing on the bunny slope at Hunter Mountain, I've finally been able to make it up the lift and down the steep green side without too much falling.  After one season, I can now do heel turns and toe turns without too much of a problem and I'm starting to learn how to carve the snow.  I'm not as scared to go down the slope either. 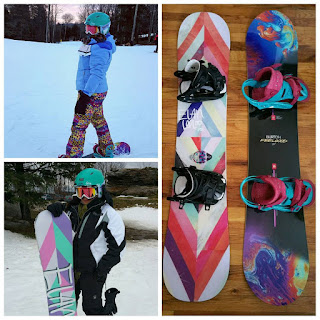 I was also doing some research about snowboards and I never realized there were differences in boards.  I've ended up with two snowboards for two completely different purposes.  My Elan board is a freestyle rocker, which means it's a snowboard for advanced use.  This board is particularly good on the terrain freestyle parks and for doing tricks.  My instructor told me it's more like the "Ferrari" of snowboards, in comparison to most of the rental boards out there.  I pushed myself to learn how to ride this board and not allow the board to ride me.  On the other hand, my Burton Feelgood has a camber shape throughout, which allows for easier maneuverability and control as I glide down the slopes.  I love both my boards and I want to continue to learn by using both of them.  They're short enough for my height, but I ideally want to get a board that's slightly longer once I get better.  I posted a chart below to show the differences between boards, in case anyone was planning to get a snowboard for their own recreational use. 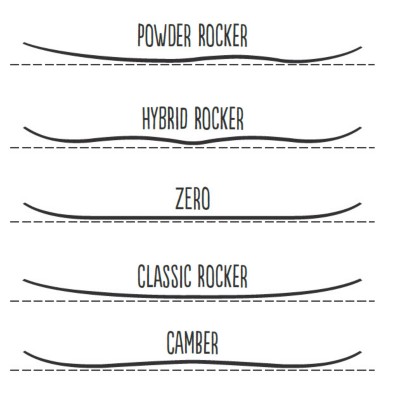 I've come a long way since January and I'm a bit sad the season is winding down, but what can you do... it's getting too warm for snow.  It's quite possible I can sneak in one more snow day before the season ends, but we'll see.  I'm going to have to find another hobby for the spring, summer, and fall before we can go back to this again!  We'll see...
Posted by Kat at 4:55 PM